pvc cable According to a report released by Markets and Markets, an international market research firm, the global carbon fiber market will reach $6.5 billion in 2022 and is expected to increase to $11.9 billion by 2027, with a compound annual growth rate of 13% during this period. The aerospace and defense industry and the growing demand for wind energy are the main reasons for the continued and steady growth of this market.

Meanwhile, increasing use of carbon fibers for 3D printing to increase the rigidity and strength of fabrics will continue to drive market demand growth, with the global carbon fiber market size expected to reach USD 21.7 billion by 2032, growing at a CAGR of 12.9% during 2027-2032. 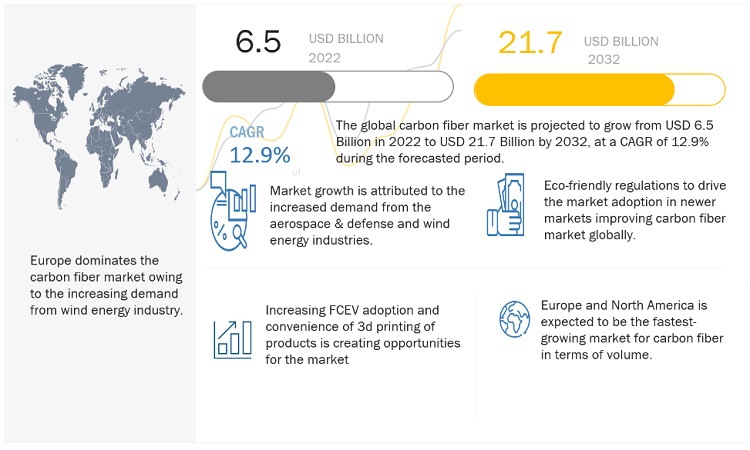 The aerospace and defense segment holds the largest market share in the global carbon fiber market during the forecast period.In 2021, the aerospace and defense segment leads the carbon fiber market size, accounting for 43.9% of the total. Carbon fiber is found almost everywhere in aircraft, with the Boeing 787 Dreamliner consisting of composites weighing 50% of the weight, most of which are carbon fiber laminates or carbon fiber sandwiches. Carbon fiber is also used to replace metal parts in helicopters, such as rotor blades and tails. It is also suitable for internal components such as instrument housings, doors and seats. In addition, the use of carbon fiber for instrument housings extends the life of these instruments and protects them from damage due to properties such as corrosion resistance.

The non-composite segment holds the second largest market share in the global carbon fiber market during the forecast period. Carbon fibers are used in non-composite applications such as catalysis, battery electrodes, and 3D printing. Structural batteries are multifunctional batteries that can store energy while carrying loads, thus reducing the overall weight of mobile electric devices. The main component of multifunctional batteries is carbon fibers because they are lightweight materials with good electrical, electrochemical and mechanical properties.